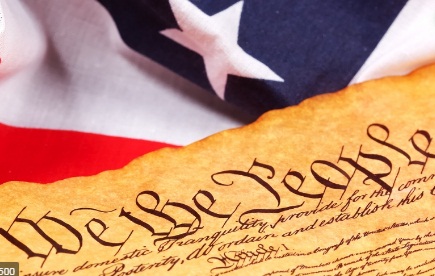 During the nineteenth century, the United States aggressively pursued a policy of manifest destiny to spread out between the Atlantic and the Pacific Oceans. At the beginning of the century, President Thomas Jefferson had felt that the future of the United States depended on acquisition of land for the rapidly growing population. Thus, the future of the country depended on dispossessing the Indians of their land.

Under the Constitution, the United States recognized Indian nations as sovereign entities and thus negotiated treaties with them. From the viewpoint of American law, there are three basic steps involved in the treaty process: (1) the treaty is negotiated, (2) it is then ratified by the Senate, and (3) it is proclaimed (signed) by the President. At this time, the treaty is considered to be in force and is a law which is superior to that of local or state laws.

With regard to the use of treaties as a means of obtaining title to Indian land, Paul VanDevelder, in his book Savages and Scoundrels: The Untold Story of America’s Road to Empire Through Indian Territory, writes:

As a result, in the nineteenth century, the United States was the largest real estate broker in the world.

Briefly described below are some of the treaties negotiated between the United States and Indian nations in 1818.

In Missouri, Secretary of War John C. Calhoun ordered the Osage to cede part of their land to the Cherokee. Several Osage bands negotiated with the government in St. Louis. While Clermont, the recognized leader of several Arkansas Osage bands, did not sign the treaty, several other band leaders did sign it. In the treaty, the Osage made peace with the Cherokee and signed away part of their land in Arkansas and Oklahoma in exchange for the return of captives taken in the Battle of Claremore Mounds. In an article in the Chronicles of Oklahoma, Tom Holm reports:

“The agreements stimulated a new Cherokee migration into Arkansas Territory.”

In a treaty council in St. Louis, Missouri, the Quapaw under the leadership of Heckaton ceded their land between the Arkansas and Red Rivers to the United States. While they ceded 13 million acres of land to the United States, they retained 2 million acres for themselves. In addition, they retained the perpetual right to hunt in the relinquished territory. The United States agreed to provide them with a perpetual annuity of $1,000 in goods. According to Gloria Young and Michael Hoffman, in their chapter on the Quapaw in the Handbook of North American Indians:

“It was a good treaty for the Quapaw. They would stay in their homeland and be allowed to hunt in the large territory which they had claimed ownership only for hunting purposes in the first place.”

In Kansas, William Clark and Auguste Chouteau negotiated identical treaties with each of the four tribes. The treaties acknowledged the friendship between the United States and the Pawnee. The treaties also placed the Pawnee under U.S. protection.

In Ohio, the American government negotiated a supplemental treaty with the Shawnee in which the chiefs agreed to give up their claims to their reservations “by patent, in fee simple.” The government would now hold the lands in the same fashion as other reservations. In his book The Shawnee Prophet, David Edmunds reports:

“Since the Shawnees seemed reluctant to accede to the new terms, the government increased the size of the reservations by thirty-four square miles—twenty at Wapakoneta and fourteen at Lewistown.”

The Potawatomi ceded a tract of land on the Wabash River in Indiana to the United States with the stipulation that the United States must purchase any claim which the Kickapoo may have to land near Pine Creek.

The United States pressured the Chickasaw for further land cessions and for the removal of the tribe to lands west of the Mississippi. To pressure the Chickasaw into accepting this idea, the government withheld the annuities promised in the 1816 treaty. While the Chickasaw did agree to give up their land in the present state of Tennessee, they refused to move west.

American Indians and World War I