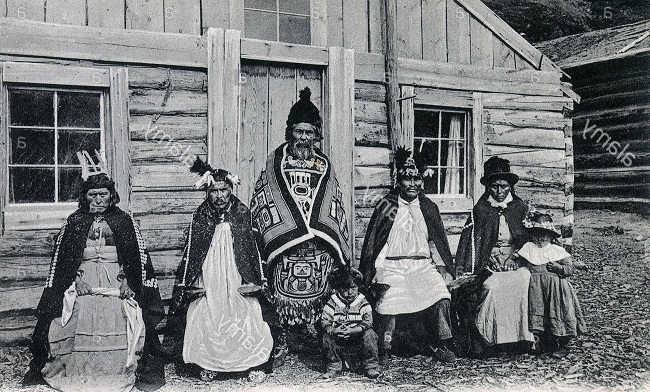 Sometime in the late 1300’s and early 1400’s groups of hunting and gathering Athabascan-speaking peoples began arriving in the Southwest from the far north in Canada. These were the ancestors of the Navajo and Apache peoples. While most scholars agree that the ancestors of the Navajo and Apache originally lived in western Canada, probably on the northern Plains of Alberta, there is some disagreement over: (1) when they actually migrated to the Southwest, and (2) the route, or, more likely, the routes they used.

While there are some scholars who feel that the Navajo and Apache could have started arriving in the Southwest as early as 800 CE and some who feel that it was as late at 1500 CE, most tend to place their arrival between 1200 and 1400.

When the Spanish entered New Mexico, they recorded that the Tewa referred to one of the neighboring tribes as Navahú in reference to large areas of cultivated lands. This is in reference to the Navajo practice of dry-farming in arroyos, and cañadas. The Tewa also referred to these newcomers as Apachü which means strangers and enemies. The Spanish would later refer to these people as Apache de Navajó meaning the Apaches with the great planted fields.

There are six major divisions of the Apache: the Western Apache, Chiricahua, Mescalero, Jicarilla, Lipan, and Kiowa-Apache.

The Western Apache include five groups: Cibecue, San Carlos, White Mountain, Northern Tonto, and Southern Tonto. While there was intermarriage between these groups, they considered themselves to be distinct from one another and had clearly defined territorial boundaries. The traditional territory of the Western Apache is in Arizona and ranges from as far north as Sedona to as far south as the San Pedro River Valley.

The Chiricahua Apache are south of the Western Apache in the mountains of southeastern Arizona. The term “Chiricahua” was coined by an anthropologist to refer to the autonomous tribes living in or near the Chiricahua Mountains. The Chiricahua Apache were composed of four independent political units in this area: Chíhéne, Chokonene, Bidánku, and Ndé’ndaí.

The Jicarilla Apache are divided into two bands: the Llaneros (the plains people) and the Olleros (the mountain-valley people). Culturally the Jicarilla borrowed from the Plains tribes (especially the war and raiding complexes) and from the Pueblos (agricultural and ceremonial rituals).

The Navajo were traditionally divided into numerous, small independent groups. These groups are often described according to territorial groupings: (1) The area around Canyon de Chelly; (2) The mountainous region south of Zuñi, which includes Bear Springs (Fort Wingate); (3) Cebolleta near Laguna Pueblo; (4) San Mateo Mountains around Mount Taylor; and (5) The eastern slopes of the Tohatchi, the Tunicha, and the Carrizo Mountains extending to the Largo Canyon.