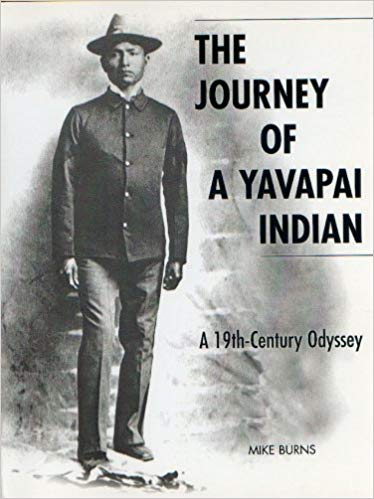 When cultures are under stress, particularly when that stress is coming from forced change outside of the control of the people in the culture, a messiah or prophet may emerge who will provide a religious solution to the problems. In 1875, the Yavapai were forced by the United States government to walk from their homelands to the San Carlos Reservation in Arizona, a distance of nearly 200 miles. San Carlos had been established as a reservation for the Apache and the United States mistakenly believed that the Yavapai were an Apache band. Once on the reservation, their freedoms were reduced as the United States sought to impose cultural genocide on them.

The pressure for the Yavapai to change intensified in 1885 when the U.S. Army officers took over the management of the San Carlos Reservation. The army officers in charge of the reservation increased interference with the traditional Apache and Yavapai healing practices. The officers felt that the traditional beliefs and practices regarding healing were ignorant and dangerous.

In 1887, the noted Yavapai healer Echawamahu began to spend his days wandering away from his San Carlos Reservation camp. He muttered to himself and looked skyward. He returned in the evening, carrying flowers, and then was gone again in the morning. He went to another world, but the Great Spirit sent him back to tell the people about coming changes.

Echawamahu called a number of Yavapai and Apache to his camp and gave them specific instructions. His instructions called for people from four camps to approach his camp from the four cardinal directions. They were then to be seated in rows. The people were to select four young women to come dressed in white, wearing eagle feathers in their hair. These chosen women would sprinkle dust on each of the seated participants, and then the entire crowd, one by one, would sprinkle dust on Echawamahu. If the people believed and did as they were told, Echawamahu told them, then the Great Spirit would restore their lands.

According to some stories, the Americans were to be struck by a great plague and the government buildings would sink into the ground. If the people would come to a certain place and then dance through the night, then they would be able to return to their homelands. When a large earthquake struck the reservation many Yavapai and Apache were convinced that Echawamahu was speaking the truth. More than 1,000 Indians gathered at a spring known as Coyote Hole for nightly dancing.

The dancing did not bring about the destruction of the Americans: there was no plague, the reservation buildings continue to stand, there was no great fire, the Americans continued to suppress the people. However, the Americans noticed the dancing, did not look favorably upon it (American Indian religious activities were not to be tolerated so that Indians could learn about American religious freedom), and called for a military investigation of the movement.

While Echawamahu’s religious movement was relatively short-lived among the Yavapai, it did set in motion the glacially-fast bureaucratic movement which would return them to their homeland. General Nelson Miles was the army officer called in to investigate this new, illegal, religious movement on the San Carlos Reservation. While the movement was essentially over by the time he arrived, he did interview a number of Yavapai leaders. Coquannathacka, Pakota, Paguala, Eschetlepan, and Snook pled for a return to their homeland. Miles told them that he did not have the authority to order their relocation, but that he would make recommendations to high-level officials in the government. This marked the beginning of their journey home.