Part of our knowledge of the Indian nations of the Carolinas during the early colonial period comes from the reports of European explorers. One of these was the British naturalist John Lawson, who led a small exploring expedition out of Charleston in late 1700. Traveling by canoe and by foot, he travelled about 600 miles through what the Europeans considered a wilderness, making many observations about the vegetation, wildlife, and the Indian nations. 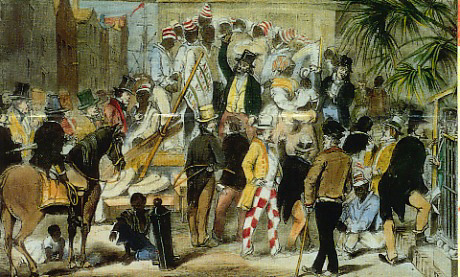 John Lawson began by journeying up the Santee-Wateree-Catawbee River. He noted that the Sewee were once a populous nation, but European diseases, such as smallpox, had greatly reduced their numbers.

Among the Santee Lawson found a powerful Indian ruler. He reported that this chief had absolute power and could sentence any of his people to death. When the chief died, his body was placed on top of a pyramidal mound.

Lawson next encountered the Congaree and again noted that their numbers had been greatly reduced by smallpox. He noted that the main town had less than a dozen houses.

The Wateree Chickanee were the next group that Lawson visited (about 60 miles from the Congaree).  He noted that they spoke a language (probably Catawban) which was different from that of the Congaree. They were a numerous people but they lacked English trade goods. They were using bows and arrows rather than guns for hunting. The ancestors of the Wateree Chickanee were probably the Guatari.

About three miles from the Wateree Chickanee, Lawson encountered the Waxaw. Among the Waxaw, Lawson noted that there was a “state-house” which was distinct from domestic structures and was intended for use by the chiefs.

The party then visited the Esaw (a Catawba people) and the Sapona.

Lawson’s observations of the Indians at this time show that they are already undergoing many changes due to their contact with the European colonists. Some of these changes were due to epidemic diseases, such as smallpox, which were brought in by the colonists; some of the changes were brought about by the manufactured goods, such as guns and knives, which they got from the European traders.

In 1709 Lawson returned to England where he published an account of his adventure, A New Voyage to Carolina. The book proved to be successful and attracted more colonists to the region.

Lawson returned to the Americas in 1710 to help establish the colony of New Bern for German refugees. In 1711, he was captured by the Tuscarora Indians, tortured, and killed. Following this incident, the conflict known as the Tuscarora War broke out between the colonists and the Indians.

The First U.S. Treaties with the Navajo