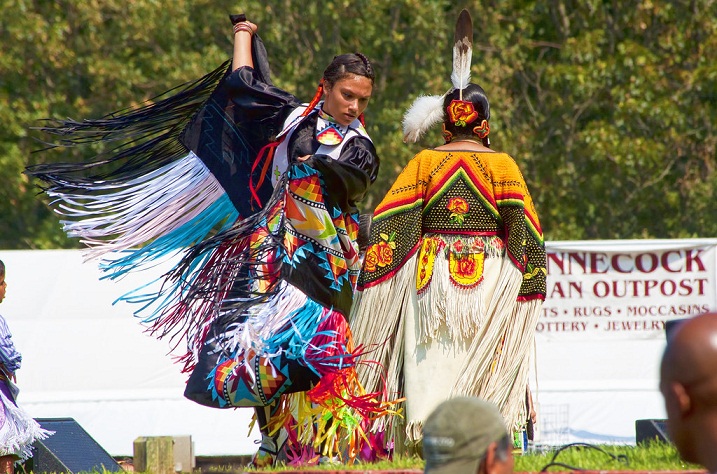 After a legal struggle that has lasted more than three decades the Shinnecock Indian Nation, whose aboriginal homeland is in Long Island, N.Y., has received federal recognition. Their current petition for federal recognition was filed with the Bureau of Indian Affairs in 1999. The tribe has 1,292 enrolled members and an 800-acre reservation in Southampton. With tribal recognition, the tribe can build a casino, though tribal leaders indicate that this is a secondary consideration at the present time. I would like to use this event to describe the process of obtaining federal recognition.

The Supreme Court has interpreted the reference to Indian tribes in the Constitution to mean that tribes are “domestic dependent nations” and as such they have limited sovereignty and a special relationship with the federal government. However, not all Indian tribes in the United States have this special relationship: some tribes have federal recognition, and some do not.

For those Indian tribes without federal recognition, federal recognition can currently be obtained in one of three ways: (1) take action in court to force the United States to recognize its trust responsibilities, (2) apply to Congress, or (3) follow a process established by the Department of the Interior. The Shinnecock obtained their recognition by going through the Department of the Interior recognition process. This is a process which is long, costly, political, and has resulted in relatively few recognitions. Testifying before Congress in 1992 regarding the Federal Acknowledge Project, Sioux scholar Vine Deloria said:

“The current FAP shows no sign of intelligence whatsoever; it is certainly unjust to require these Indian nations to perform documentary acrobatics for a slothful bureaucracy”

In 1994, the Bureau of Indian Affairs revised its regulations regarding the federal recognition of Indian tribes. The new rules require groups to show that they have been identified as Indian only since 1900 which reduced the burden of proof which the tribes are required to present. In addition, groups have to prove their existence since the last clear and unambiguous acknowledgment of their people in treaties or administrative actions. The new rules are intended to streamline the recognition process.

In order for an unrecognized tribe to obtain federal recognition the Bureau of Indian Affairs (BIA) has established several basic criteria which the tribe must meet. First, the tribe must show that it has been identified as an Indian tribe historically and continuously.  The Shinnecock reservation pre-dates the establishment of the United States: it was formally created and recognized in 1666.

One of the difficulties in establishing this history for some tribes deals with confusion over names. Historical documents may contain references to the tribe under several different names.

Under the BIA criteria, a substantial portion of the group must live in a community identified as an Indian community, distinct from other communities. Its members must be descendants of an Indian tribe that historically inhabited the area. This means, in part, that the tribal members must not have participated in the rural-urban migration which has characterized much of the American population during the past century. Among the Shinnecock, more than half of their members do not live in the area.

The tribe must show that it has maintained historical and continuous tribal political influence over its members. In addition, the tribe must furnish a copy of the tribe’s current governing document.  In other words, while the BIA guidelines require the tribe to be “traditional” in some ways, when it comes to government it must conform to modern concepts. Traditionally, Indian tribes did not have written constitutions and bylaws.

The tribe must have a membership list of people who can establish descent from a tribe which existed historically.  While this is a genealogical list, it has an underlying racial component of “blood quantum.” Tribal members cannot be members of another Indian tribe. While it is possible today to have dual citizenship, this is not a freedom allowed for Indian nations.

The tribe must not be subject to congressional legislation that has terminated or forbidden the federal relationship. During the 1950s and 1960s, the federal government terminated a number of tribes and for these tribes to regain their federal recognition they must apply to Congress.