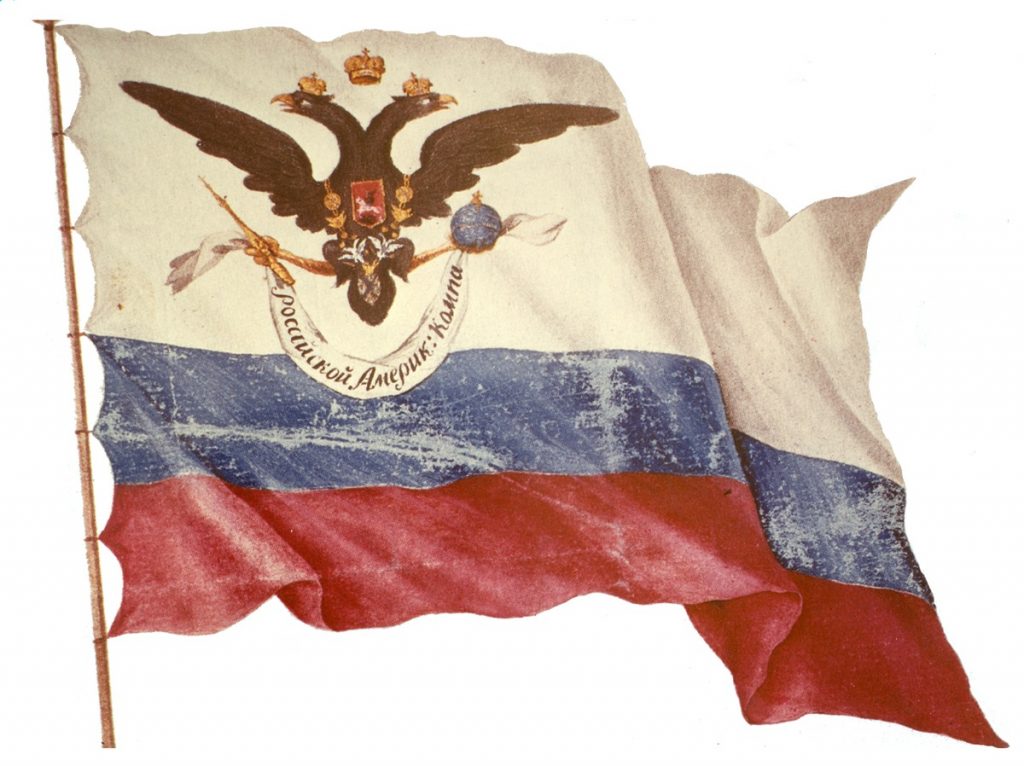 The Russian-American Company (RAC) was formed in 1799 as a quasi-governmental monopoly to control the North American fur trade and rule the Russian colony in Alaska. Within a decade, the company managers began to expand their operations down the Pacific coast from their headquarters at New Arckhangel (present-day Sitka, Alaska).

In 1808 the Russian schooner Sv. Nikolai (St. Nicholas), owned by the Russian-American Company, sailed from New Arkhangel to explore Vancouver Island and then the Washington/Oregon coast to the south. The schooner carried 22 people, including five men and two women who are identified as Aleut from Kodiak Island. Also on board is the wife of the navigator (who served as the schooner’s captain). The schooner was to barter with Natives for sea otter pelts and to discover a site for a permanent Russian post in the Oregon country. However, the ship was driven ashore on a sandy beach near the mouth of the Quilayute River near the present-day town of La Push, Washington on the present Quileute Indian Reservation.

“We killed three of the enemy, one of who they dragged away. How many we wounded I do not know. As spoils we acquired a large number of spears, raincoats, hats, and other things left at the scene of the battle.”

Their initial encounter with the Hoh was somewhat friendly. However, it was soon evident that the Hoh wanted to capture the group to sell as slaves to other coastal Indians. In a brief encounter, two men and two women, including the Russian wife of the party’s leader, were captured by the Hoh. The rest of the Russians and Aleut fled toward the interior to escape the coastal Indians.

Away from the coast, they spent a miserable winter struggling to avoid starvation. On a number of occasions, they plundered native camps, occasionally fighting with small groups of natives. They vainly sought some way they might be rescued.

The following year, the Russians and Aleut returned to the coast hoping that they would find some way of being rescued. They found that the wife of their leader had been sold by the Hoh to the Makah. They actually made contact with her and found that she was fairly comfortable and content. When she found that they were planning a raid to rescue her, she rejected the idea. Instead, she urged the Russians to surrender to her captors. Timofei Tarakanov reports it this way:

“In horror, distress, and anger, we heard her say firmly that she was satisfied with her condition, did not want to join us, and that she advised us to surrender ourselves to this people.”

A few of the Russians surrendered to the Makah and the rest were captured by the Hoh and the Quileute.

In 1810, an American captain sailing for the Russian-American Company paid a large ransom to the Makah to rescue thirteen of the survivors from the shipwreck of the Sv. Nickolei. Another American captain purchased one or two more survivors from the Indians in the Columbia River area. The wife of the Russian leader died before she could be ransomed and at least one Russian is reported to have gone native.

Port Townsend (WA) and the Indians