Since the creation of the United States there have been conflicts with American Indian nations. The United States has generally viewed the actions of Indian in defending their traditional homelands not only as acts of war, but also as crimes. Unlike other crimes, however, in which the focus is on justice which requires a due process of law (sometimes called a trial) and punishment of the guilty, American dealings with Indian “crimes” focused on retribution with no concern for due process of law or punishing the guilty. In the racist view of the United States all Indians were the same: therefore when hanging an Indian for an alleged crime, there was no concern about which Indian was actually hung. Often there was little concern regarding tribal affiliation: all Indians in the eyes of many Americans were the same and, as Indians, they had to be guilty of some crime.

In their 1865 “war” against the Plains Indians, most notably the Cheyenne and Sioux, the United States began a policy of publicly hanging Indians and leaving the bodies hanging until they rotted. It was felt that this would send a message about the great power and peaceful intentions of the United States.

In Colorado, the Cheyenne and Sioux attacked the small settlement of Julesburg hoping to lure the troops from Fort Rankin into a trap. The decoys were led by Big Crow, a chief of the Crooked Lance Society. The warriors smashed windows and doors. They raided the warehouse and the blacksmith shop where they liberated supplies, provisions, clothing, and harnesses.

The small force of mounted Indians—five Cheyenne and two Sioux—managed to lure the cavalry (37 men) into a trap. However, some of the younger warriors rode into the fight prematurely, allowing most of the cavalry to escape.

In the Julesburg area, the warriors also attacked a wagon load of Americans from the American Ranch. In another incident, Little Bear and Touching Cloud led a group of warriors against two discharged soldiers riding in a wagon. Afterwards, they found two scalps in a valise. The scalps belonged to White Leaf and Little Wolf/Coyote and had been taken at Sand Creek. 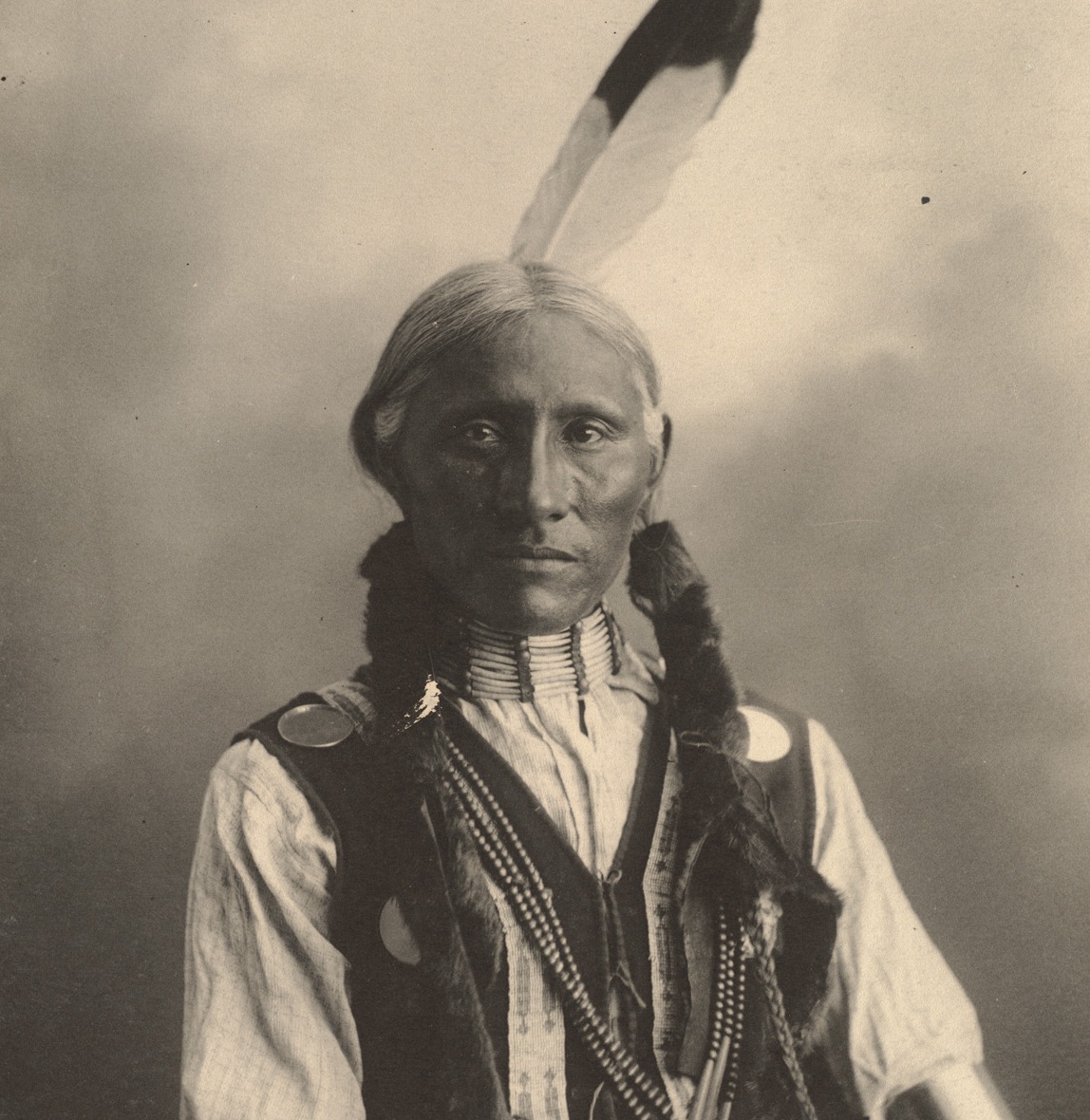 Following the Julesburg raid, most of the Cheyenne leaders favored further raids on the American settlements. However, Black Kettle opposed this plan and so his band, which numbered about 80 lodges, separated from the main tribe and returned to the Arkansas River.  He planned on joining with the Kiowa, Comanche, and Little Raven’s Southern Arapaho.

Following the Julesburg raid, the army captured Cheyenne chief Big Crow. The orders from the commanding general read:  “Take Big Crow to the place where soldier was killed yesterday, erect a high gallows, hang him in chains and leave the body suspended.”

Historian John McDermott, in his book Circle of Fire: the Indian War of 1865 reports:  “Big Crow was hanged with the ball and chain that had manacled him still attached to his leg, and it was not long before the body decayed sufficiently so that the weight of the ball pulled off the limb, and there the grisly remains stayed as a warning to others.”

There was no trial, no concern for the actual guilt of Big Crow. He was an Indian leader and was therefore hung as an example to other Indians.

In Wyoming, the army discovered a group of Sioux camped about 10 miles from Fort Laramie. With the Sioux was Lucinda Eubank and her small daughter. She and her daughter had been captured by the Cheyenne and then sold to Sioux Chief Two Face. She had been forced to work and to have sexual relations. In retaliation, the army ordered the hanging of two Sioux chiefs—Two Face and Black Foot—as an example to other Indians. According to Special Order No. 11:  “The execution will be conducted in a sober soldierly manner and the bodies will be left hanging as a warning to them. No citizens or soldiers will be permitted to visit or touch the dead bodies without permission from this headquarters or that of this post.”

Once again, there was no trial to determine guilt. While the executions of the two chiefs were intended to show the Indians that it would be fruitless to oppose the power of the United States, John McDermott reports:  “The death of the chiefs, however, did not seem to affect the depredations of the Sioux and Cheyennes. If anything, it may have inspired them to greater efforts.”

In summary, the United States did not hang Indians in the pursuit of justice, but instead did so as a show of raw power. It was an early form of shock and awe.  The crime of Indians was often that of being Indian.