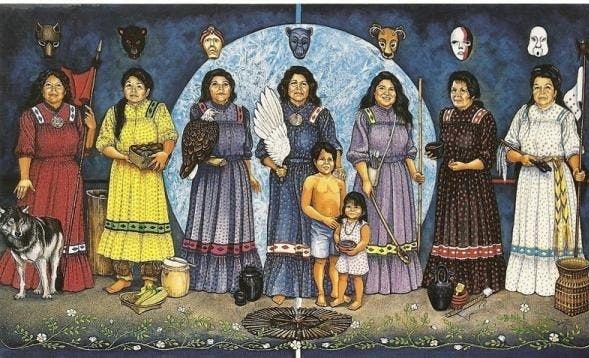 When the Europeans began their invasion of the Americas, the Cherokee were an agricultural people whose villages could be found throughout the American Southeast. In his book In the Courts of the Conqueror: The 10 Worst Indian Law Cases Ever Decided, Walter Echo-Hawk describes it this way:

“The aboriginal Cherokee homeland extends throughout the mountainous Allegheny region of the American Southeast in present-day Georgia, Tennessee, Alabama, Virginia, Kentucky, and the Carolinas.”

This territory spread over 40,000 square miles.

At the time of European contact, the Cherokee were divided into three broad groups: (1) the Lower Towns along the rivers in South Carolina, (2) the Upper or Overhill Towns in eastern Tennessee and northwestern North Carolina, (3) the Middle Towns which included the Valley Towns in southwestern North Carolina and northeastern Georgia and the Out Towns. There were some cultural and linguistic differences between these groups.

Some scholars feel that the Cherokee once lived in South and Central America as their basket weaving and pottery is similar to cultural traditions in these areas. Cherokee historian Robert Conley, in his book The Cherokee Nation: A History, paraphrasing oral tradition, writes:

“A long time ago the Cherokees lived on an island off the coast of South America.”

However, linguistic evidence seems to indicate a northern origin: Cherokee is the southern most Iroquois language which suggests a Great Lakes origination. There are some Cherokee oral traditions that support the idea of a migration from the northeast.

On the other hand, Cherokee oral tradition also has a story of a long migration from the north to the southeast. According to Russell Thornton, in his book The Cherokees: A Population History:

“It may refer to a journey across Beringia, the land once joining present-day Alaska and Siberia, and through the ice-free corridors of what is now Canada, and then to a separation of those who became the Cherokees from other migrants.”

The oral tradition also claims that when the people arrived here they had writing—not writing on paper, but a form of writing on white deer skins which was eventually lost.

In the 1500s, the Cherokee established a number of settlements along the Hiwassee River and its tributaries in North Carolina. These settlements would become known as the Valley Towns. According to Andy Stout, in an article in American Archaeology:

“These communities were situated on wide flood plains and their occupants benefited from the rich soils and abundant fish and game.”

One of the common misconceptions that many people have about American Indians is the idea that Indians did not have any concept of land ownership. While this misconception was useful propaganda to justify the theft of Indian land, it is not true. There was land ownership, but not necessarily individual land ownership. Writing about the Cherokee, law professor John Reid, in his book A Law of Blood: The Primitive Law of the Cherokee Nation, puts this into modern legal terminology:

“Borrowing common-law terms, we might say that the nineteenth-century Cherokee landowners held an occupancy estate in his demesne by communal tenure—“estate” referring to interests in the land, “tenure” to the right of holding the soil subordinate to the nation’s title in fee simple.”

In their book The Columbia Guide to American Indians of the Southeast, Theda Perdue and Michael Green put it this way:

“Cherokees owned their land in common, and individuals had the right to clear and use land as long as they did not infringe on their neighbors.”

Many of the Southeastern nations, including the Cherokee, Creek, Choctaw, and Chickasaw, built both winter and summer houses. The winter houses were heavily insulated so that the inhabitants did not need lots of clothing to stay warm (when the Europeans first encountered these houses they called them “hot houses”).

The houses were plastered on both the inside and outside with a mortar which was mixed with grass. The plaster was then whitewashed with ground oyster shells.

Along the inside walls of the houses were couches which were raised above the ground with forked sticks. Mattresses were made using splintered cane covered with skins. The early European explorers found these beds to be “soft as velvet.” The floors were often covered in carpets woven from wild hemp and painted in bright designs.

The heart of the Cherokee town was the town or council house, the square ground, and the ball court. The council house was often built on top of a mound and in some instances looked like a small mountain from some distance away. As many as 500 people could gather in the council house to discuss social, political, and religious matters.

Among the Cherokee, the council house was a seven-sided structure which provided seven sections for seating – one for each of the seven clans. In the center was the sacred council fire. Sociologist Laurence French, in his book The Qualla Cherokee: Surviving in Two Worlds, writes:

“The town house represented the heart of the village and a symbolic flame was kept burning signifying the village’s vitality.”

In a report in American Antiquity, archaeologist Christopher Rodning writes:

“Public structures known as townhouses were symbolic manifestations of Cherokee towns, they were architectural landmarks, and they were settings for the practice of Cherokee public life.”

Throughout the southeast, the rivers and streams made travel relatively easy. Among the Cherokee, a large pine tree or poplar tree would be used for creating a canoe. The tree would be hollowed out to form a canoe about 30 to 40 feet in length and about two feet across. The bottom of the canoe would be flattened. Both ends of the canoe would be shaped in the same way so that there was no distinctive bow or stern.