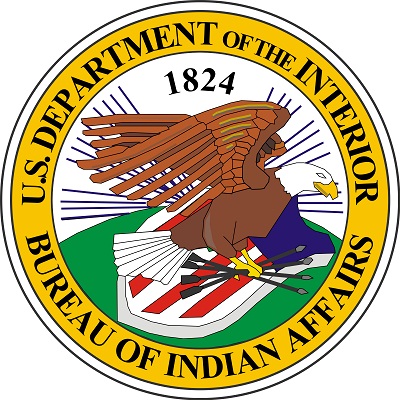 The United States has a unique legal and political relationship with Indian tribes and Alaska Native entities as provided by the Constitution of the United States, treaties, court decisions and Federal statutes. Within the government-to-government relationship, Indian Affairs provides services directly or through contracts, grants, or compacts to 565 Federally recognized tribes with a service population of about 1.9 million American Indians and Alaska Natives. While the role of Indian Affairs has changed significantly in the last three decades in response to a greater emphasis on Indian self-governance and self-determination, Tribes still look to Indian Affairs for a broad spectrum of services.

Our current form of government was established in 1787 when the United States adopted a constitution. Article I, Section 8, Clause 3 of this constitution delegates to Congress the power “to regulate commerce with foreign nations, and among the several states, and with the Indian tribes.” In other words, the founders of the United States viewed Indian tribes as nations and intended for the federal government to deal with them as sovereign nations.

American leadership at this time-President George Washington, Secretary of State Thomas Jefferson, and Secretary of War Henry Knox-assumed that Indian policies were now vested in the federal government rather than in the state governments. Furthermore, they saw Indian affairs being directed by the executive branch. They saw Indian policy as a branch of foreign policy and viewed Indian tribes as foreign nations. Since the Secretary of State is involved with dealing with other nations, it would have seemed logical to place Indian affairs under the Department of State. However, since Secretary of State Thomas Jefferson was spending much of his time in France and there were critical Indian issues that had to be dealt with, Henry Knox, the Secretary of War, stepped in and assumed responsibility for Indian affairs. Thus, Indian affairs came under the War Department and in 1789 Congress formally gave the War Department authority over Indian Affairs.

Relationships with Indian nations became more formalized in 1806 when the United States established the Office of the Superintendent of Indian Trade (the forerunner of the Bureau of Indian Affairs) within the War Department. In 1824, the Secretary of War, John C. Calhoun, established the Office of Indian Affairs without Congressional authorization. He did this by appointing Thomas L. McKenney to a vacant clerkship in the War Department and then directing that all matters relating to Indians be directed through this office.

For much of the BIA’s existence, the person who has headed the agency has been designated as the Commissioner of Indian Affairs. For the most part, these individuals have been political appointees who have had little background or understanding of Indian affairs prior to their appointment.

The first American Indian to head the Bureau of Indian Affairs was Ely Parker. He was appointed as Commissioner of Indian Affairs by President Ulysses S. Grant in 1869 and was also the last Indian for a century to hold this position. Ely Parker was born with the Seneca name Hasanoanda (Coming to the Front) on the Tonawanda Reservation. The name “Parker” was the family name which his ancestors had adopted from an English captive and the name “Ely” was given to him by an Anglo teacher. Parker wanted to become a lawyer, read law for three years, but could not be admitted to the bar because he was Seneca and therefore could not become an American citizen. He then became an engineer and while working on a federal building in Galena, Illinois he met Ulysses S. Grant. During the Civil War, he served with Grant, rose to the rank of General, and was selected to write the articles of surrender at the end of the war. He was not only the best educated Union officer at the surrender of the Confederacy; he also had the best handwriting.

As political appointees, it was not uncommon for the Commissioner of Indian Affairs and the Secretary of the Interior to be more concerned about non-Indian corporate interests than in their fiduciary responsibility towards Indians. The BIA during the nineteenth and much of the twentieth century was active in suppressing American Indian religions and attempting to destroy American Indian cultures, particularly their languages.

In 1947 the Indian Office was formally renamed the Bureau of Indian Affairs. At the same time, Congress was looking at the possibility of dismantling the agency and terminating federal relations with Indian tribes. In anticipation of ending the BIA, the responsibilities for Indian health treatment were transferred from the BIA to the Public Health Service (PHS). Many people felt that this transfer would provide better care for Indians because the PHS has more resources and political clout. Today the Indian Health Service remains a part of PHS rather than the BIA.

Larry Echo Hawk is currently serving as the Assistant Secretary for Indian Affairs. Mr. Echo Hawk, a member of the Pawnee tribe, is the 11th Assistant Secretary for Indian Affairs to be sworn in since the position was established by Congress. Prior to his appointment, Mr. Echo Hawk served for 14 years as a Professor of Law at Brigham Young University’s J. Reuben Clark Law School where he taught Federal Indian law, criminal law, criminal procedure, evidence, criminal trial practice, and published several scholarly papers.

The BIA does not deal with all American Indian tribes, but only with those tribes which have federal recognition. Traditionally, the government has sought to limit the number of tribes and the number of Indian people which it has to recognize. In the recent meeting with President Obama and tribal leaders, only federally recognized tribes were asked to attend. Leaders and members of other tribes often feel that they are left out of the process.