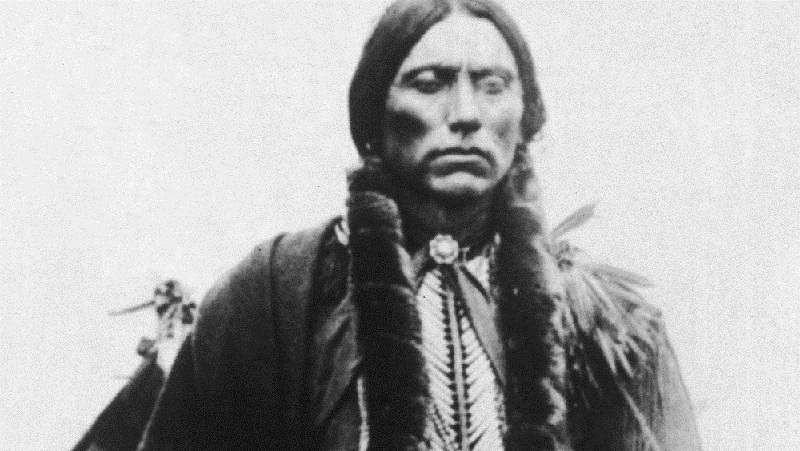 The Southern Plains American Indian Culture Area lies south of the Arkansas River valley. It includes Oklahoma, Arkansas, portions of Texas, the eastern foothills of New Mexico, and portions of Louisiana. This is the area which was the homeland for Indian nations such as the Comanche, the Kiowa, and the Lipan Apache.

As with tribes in other areas, dreams are an important part of the spirituality of the Southern Plains. For the Comanche, visions can provide the individual with power (puha) when they are sought under certain stringent conditions. On the other hand, visions might also come unsought. Visions were traditionally sought for mourning, for going to war, for curing disease, and for success in hunting.

At about the time of puberty, Comanche boys would seek their first vision with the aid of a medicine man. Each boy was to have four things: a buffalo robe, a bone pipe, some tobacco, and material for producing fire. On the way to the vision quest site – often a hill, or a warrior’s grave, or some other special place – the boy would stop to smoke the pipe four times. During the four-day quest the boy would fast. During this time, he was to be quietly humble before the sources of spiritual power. The Comanche saw no call for the seeker to demean himself in lamentation and self-pity. Those seeking a vision do so with some understanding of the kind of spiritual power they are seeking.

The culmination of the Comanche vision quest occurs when a guardian spirit reveals itself to the seeker. This guardian spirit teaches the seeker a number of things, including several songs. In this way the person seeking the vision receives puha (medicine power).

Among the Comanche, the power obtained through a vision could be shared with others and thus a number of medicine societies were formed.

Among the Kiowa, the guardian spirit obtained through the vision quest gives instructions on how to paint the face, as well as special songs, and guidance for making special amulets. It was considered unlikely that a man could be successful in life without a guardian spirit.

Among the Kiowa, successful vision seekers obtained spiritual power related to either curing or war. These two realms of spiritual power were generally mutually exclusive: one became either a great warrior or a great curer. For the person who received spiritual power related to curing, life was more difficult because of the responsibilities and restrictions accompanying his power. For those with curing power, life typically involved a stringent set of prohibitions placed on his doctoring medicine, such as avoiding certain animal foods-bears, moles, or fish-or animal parts-brains or marrow.

Kiowa men who received war power often made war shields that symbolized the power they had received through their vision. These shields, along with the associated spiritual power, could be given to a son or sold to a friend.

Among the Kiowa, it was possible for a man to purchase spiritual power. He would then undergo a vision quest under the guidance of a man whose medicine was painted on a circular war shield. The person seeking the vision would traditionally go out clad only in a breechcloth and moccasins. He would drape a buffalo robe around his shoulders. Carrying with him a pipe and a tobacco pouch, the initiate would then take the shield up into the Wichita Mountains. With the shield under his head, he would then fast to learn about the spiritual power of the shield keeper. For four days the initiate would fast, smoke, and pray in an attempt to obtain a vision.

Throughout North American Native Americans traditionally sought to obtain person spiritual power directly from spiritual entities. The process of obtaining this spiritual power varied from tribe to tribe. While I’ve looked at just the Comanche and the Kiowa in the Southern Plains Area, it must be remembered that many other tribes-including the Caddo, the Karankawa, the Plains Apache, the Jumano, and many others-also considered this their homeland.